A Q&A with Sam Goss, president of Amplifi Europe

95% of startups fail — 20% fail in the first year, 30% in the second year, 50% in the fifth. One of the 5% that made it was data management consultancy Comma. Not only did they survive, they thrived, winning new clients, picking up awards, and growing extensively until they were successfully acquired by Amplifi in 2021.

Sam Goss co-founded Comma in 2016. He and his co-founders guided the brand from inception to acquisition, and he is now president of Amplifi Europe.

Nutcracker started working with Comma when it was just two years old, helping it grow from a start-up into a flourishing business. Our founder and CEO, Jenny Knighting, sat down with Sam to discuss building a business, handling massive growth, pushing through challenges, building a culture that works, and how it feels to sell your creation and exit after years of hard work.

You've experienced more in six years than some people experience in 15 or 20 years of growing businesses. What do you think was the lightbulb moment where you thought, “Yes, we've got this right”?

With our journey, there have been lots of ups and downs.

We had amazing growth in the first couple of years. We were experiencing 300% year-on-year growth at one point, and, frankly, we got a bit carried away and over-confident. I think the most important lessons were in the tough times, because that's when you realise what you need to do to make your business resilient.

Coming through a tough period, probably two or three years ago, we reflected, took stock, and made a number of changes, and I think from that point the business has just gone from strength to strength.

Sometimes you have to take a step back. For example, if I look at the client logo slide on some of our pitch decks, and consider the businesses that we work with — there are so many household names. To have acquired all of those clients in such a short space of time just makes me think, “Wow. How have we achieved that?”

What do you think were the biggest changes that you made in those difficult parts of the journey?

We're a consultancy, so it’s a people-based business, and as we know people buy from people. Our culture has always been a core to our success. I don't just mean internally — I also mean the way that we impress our culture upon our clients. We always try and work with our clients as if they're an extension of our team. I think that although we scaled very quickly, we ended up making a few wrong hires, if I'm completely honest. It easily happens, and it can quickly impact that special vibe that that made you so successful.

I think we needed a reboot a couple of years ago, just to make sure we were surrounded by people who lived and breathed the culture and really understood our objectives, I think that was a real turning point. Our ethos has always been to hire on personality and teach skills, because for me, the behaviours of people are the things that you can't teach, and they’re the most important.

You were in a very secure job in a big company. What was the moment where you thought, “I'm going to do this? I'm going to believe in this vision. I'm going to take the risk”?

It kind of crept up on me. I was working for Whitbread at the time. It was Leigh, one of my co-founders, who reached out to me. I'd worked for several years with Leigh, Mike, and our other co-founder, also called Mike.

There were two aspects. We always produced amazing work together, and we always had a lot of fun in the process. I think, when Leigh brought us together, I shared his vision and perception of the gap that we saw in the market. I think more than anything, I was just excited to work with those individuals again, because we’d produced such fantastic results. Quite honestly, when we started, I don't think we had any concept of what or how big it could be. We were just excited to work together again.

In the early days of Comma, we brought in people who we’d previously worked with, so a lot of the business was built around trusted relationships. We never boxed ourselves in with convoluted plans, because plans can change quickly. We found within 12 months, we'd already far surpassed any of our original expectations.

We were constantly re-baselining what we thought was possible. It just felt really organic at the time, and it didn't even feel like a big decision. I think we were just excited to see what we could achieve.

Failure never crossed our minds. I don't think we were arrogant. I think we were confident in our ability to be the best in the sector, and I think that confidence meant we never worried about failing, because we were always looking forward.

And that kind of bullish approach was certainly reflected in the decision to be brave and bold with marketing.

I was always very passionate that I didn't want the organisation to be seen as a stuffy consultancy. I'd always had a keen interest in marketing and agencies, and the way that the best agency can differentiate a brand in terms of the story that they tell. It was a great opportunity for me to try and create a brand the way I wanted it to be.

I wanted to be able to take what we do, make it approachable to wider audiences, and try and have a bit of fun with it as well. Yes, we do great work, but we try not to take ourselves too seriously. It was important for me to weave that into our brand.

Our approach definitely got us a lot of recognition. I don't think anyone was doing it in our competitive landscape. Other people have tried to imitate how we positioned ourselves. I take it as a compliment — we must be doing something right if people want to copy us.

Do you think that making sure that your vision runs through every aspect of your business has been a core part of why Comma had such success?

There are two factors. I think we were always very focused on what we were offering, and we were very clear where we wanted to get. Though we didn't spend much time coming up with detailed business plans per se, we spent a lot of time really defining our values, our culture, and the way we wanted to operate. I think everyone bought into that.

We treat everyone like adults, and give them free rein to do what they want, so long as the job is being done. I think that became quite infectious, and a lot of people bought into the bigger picture, because we treated everyone as equals. That's really important to people.

Early on, the focus was firmly on building the business over a 5-year timeframe so that it was ready to be acquired, and you achieved it. Now you're president of Amplify Europe. How did it feel when you finally exited Comma?

It felt a bit surreal at the time. But we're now at 12 months post-acquisition, and I'm still working with all the same people, so day-to-day it doesn't feel that much different. It's not like we've been acquired by a huge global organisation and they've just tried to steamroll everything.

The really nice thing about Amplifi in this acquisition is that firstly, we knew Corey, the CEO. We met him through our previous endeavours in the US and got to know him quite well. Prior to talking about the deal, there was a lot of mutual respect between the two organisations.

Part of Corey’s bigger plan is growth through acquisition, and he was adamant that he wanted us to be the first ones on the journey. Ahead of actually doing the deal, you're stepping into the unknown to a certain extent, because you can never really know what the outcome is going to be, but Corey was 100% true to his word. You can tell that the Amplifi guys value everything that we do. It truly feels like we're in it together.

Do you think having such a strong brand helped, because it meant you were bringing something quite powerful to the table?

Yes, they recognised that everything we did was hugely effective. Their perspective has been “Why change something that’s hugely successful?” It could have been easy to assume that the acquirer has all the answers, but it's always been a two-way conversation. The moment of selling the business was very surreal, but we've adjusted really quickly, because fundamentally not much has changed. We've now got this amazing platform to go and achieve something even bigger. I feel we've got great momentum.

For people who are a little way into their journey, whose business is starting to take off, but it feels quite overwhelming — what are three pieces of advice you'd give them?

Number one, you have to protect the things that made your business successful. The bigger you get, the more you start to scale, the more nodes you have to introduce into the organisation. It's really important to sit and reflect about what got you there in the first place, and not lose that.

Number two, if something doesn't feel right, it probably isn’t. There have been times when something's not felt quite right, we've sat on it longer than we should have, and it ended up leading to a much bigger issue. If you've got to a point where your business is starting to grow really fast, you've done something right, which means your intuition is good, so trust your gut.

Number three is have faith — faith in the plan, and faith that you'll get there. There were moments when sat there thinking, “How are we going to make it to next month?”, but if you keep a calm steady head, and make sure you've got the information to make the right decisions at the right time, you'll get through it.

Obviously you are ambitious, you are hungry, you have lots of plans. You’re President of Amplifi Europe — what's the plan now?

We've now got a much bigger vehicle to start accelerating some of the plans that we had in our heads for a long time. We've got ambitious growth plans. It will be predominantly made up of three different growth strategies.

Firstly, we've got a ‘growth by acquisition’ strategy. Leigh stepped into the Chief Growth Officer role. He’s scouring the market for complementary businesses, whether they’re similar businesses in a new territory, or businesses that we can bolt on to what we currently do.

Secondly, we’re looking at how can we organically grow our service lines. We've always had quite a narrow focus within data consultancy, and I think one reason for our success was that focus. Now we’re at a scale where we want to invest in new services that complement what we currently do.

Thirdly is organic growth into new territories. We're currently planning to get the business set up in the Nordics, for the simple reason that we’re already working there, so it feels like a sensible next step.

And that's all great, but I've got one last question. Why do you think you are so good at chess?

Because I'm a thinker. A sneaky assassin.

If you, like Sam, want to build a brand the way you want it to be, and stand out from your competition through the stories you tell, call Nutcracker on 020 3941 0305 or email hello@nutcrackeragency.com. 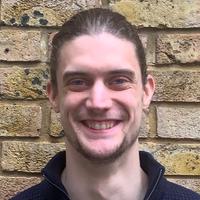 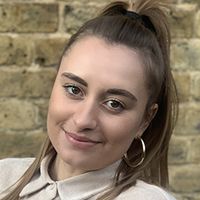 An Interview with Alana Spencer, Founder of Ridiculously Rich 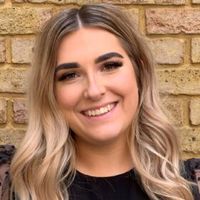